I just wanted to say that Mike your maintenance guy is so very sweet and hardworking and I think he should be acknowledged for that and how friendly and helpful he is.

I've observed the staff at work in the hot sun and in the rain. They are dedicated and hard working. Natalie is the Best..man you should see her go. Such energy💛 I admire them so much. Erik and Jorge as well. Doing roofing they get it done. I'm proud to know them. ? Do these people every get an appreciation day. They deserve it you know.The office staff is focused and polite; Theresa is a gem. I really don't mind paying my rent to such appreciative people. And Frank is very determined to keep the business growing and thr clients happy and satisfied. I would consider working with him as an assistant manger. *When my roof leaked like a waterfall he had people on it right away. You should see the job well done by Eric and Alonso. If I had a company I would take them from you 😉They all are worth their weight in gold, literally. I have more to say..but I will address it in a letter to the head of the company

My name is Matthew, I have had the pleasure of staying at the Siegel Suites on Sahara next to the Palace Station casino in Las Vegas, NV. I thought I would only be there for a week or two but as the furnishings and the overall condition of the rooms are superior to what I had thought I'm staying the summer. Truly, what has made the difference for me and the reason that I chose to write a reference letter is the management and the team. Siegel Suites Sahara has transformed the experience of a furnished week to week motel to a genuine apartment living experience. In my opinion the reason they have succeeded at this and seemed to be getting better weekly is very clear cut as in the case with many service oriented businesses in life It's the people, their dedicated, it's outstanding. This is led by the leadership of the manager Mr Joseph McCarthy. Joe has helped me tremendously with a very unique situation that occurred with my vehicle that only the best and most influential managers could possibly do. Everybody's super accommodating and friendly allowing tenants to really feel like it's their home. On the very top of that list is the lovely Jackie, kind of considerate Miranda and the man himself Paul, then house maintenance director. He's always a step ahead and I appreciate his very positive attitude every time I see him. As a native New Yorker, I understand service I know what I want sometimes I can be a little overbearing, nobody has been rude to me. Considering the rates they charge and the location, it's unbeatable if you don't have furniture. I lived in seven different cities two different countries I've stayed many of temporary accommodation hotels and I will say when you're in Las Vegas, if not on the strip stay at the Siegel Sahara! Sincerely, Matthew B.

I will miss you all!

I have stayed at Siegel Suites Cambridge twice, and wanted to thank Barb, Barbara, Dawn and the entire Cambridge Staff for the fantastic and Speedy Service! You all made me feel welcome and at home from day one! Keep up the great work! I will miss you all! I will stop in once in a while, because to me, you are my family! God Bless and love you all! Best 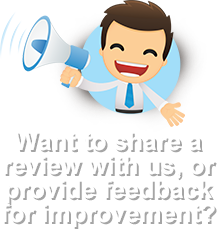